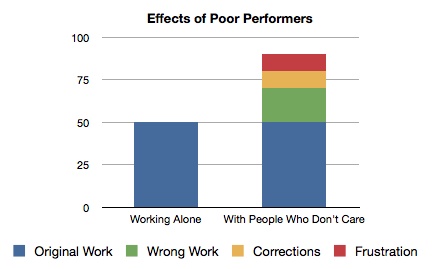 I'm not a consultant so I pick my workplace, initially by interest in the tech and then, after spending some time with my colleagues I decide if I want to stay in that environment.

If I still want to stay in that workplace but have personal issues with some of the members I put my foot down really fast. I can (quite rudely) say to him that I'm not interested on working with him ("I need to concentrate on my work and your stories do not interest me", "I'll only be reviewing your code, not babysitting it"). this might come off as non-team player attitude to management but if I'm doing good work and people know my value they can forgive me for looking down on someone. eventually, it's better for management to see that some people aren't good enough and cut losses for the company, especially if the person refuses to improve himself.