“I’m embarrassed by my family” (the high school years)

Today I’m going to take a break from the technical stuff that I usually write about, and write about something from my past that may be important to other people: When I was young, especially when I was in high school, I was embarrassed by my family, and that had a HUGE effect on my feelings and behavior. In retrospect the way I dealt with it was dumb, but I wasn’t very mature and I dealt with it in the first way that occurred to me.

The short version of my story is that there is a history of mental illness in my family, and I was embarrassed by members of the family who had these mental illnesses. To make matters worse, nobody in our family talked about this. Rather than saying, “So and so has a physiological problem that doctors are trying to treat with medication,” we just didn’t discuss it, as if it was something to be ashamed of.

On top of that, my father could also be very mean, abusive, controlling/domineering, and had a horrible temper. Because he was a coach of my little league baseball teams, many people in our small community — a town of about 5,000 people — knew at least a little bit about him, though he could also put on a charming front for a while so people wouldn’t see that behavior. Oh, and he also liked to have relationships with women (plural) who were not my mom. So I was ashamed about him, too.

On top of the mental illness in the family and an abusive/womanizing father, I also ran into these comments about family members over time:

A few years ago my oldest sister, who is now in her 50s, complained that she hated her childhood. Here I thought she was the one sibling who enjoyed it, but because of the mental illness in the family she said that she often had to play the role of “mom” for the parties that my father used to like to throw.

Our family was so unhappy when I was in high school, it was comically tragic. We used to go to California every summer to stay with relatives there, and when I look at those pictures now, I see an extremely sad, depressed, beaten-down family standing in the middle of beautiful gardens and forests. Many of us became fat (or very thin) because eating was our comfort food (or not). I smiled a lot when I was less than ten years old, but nobody is smiling in these pictures.

How I handled it

The main way I handled this situation was to shut down. I pretty much quit talking to everyone, including some good friends. Today I regret not talking to those friends. Despite me shutting down, they kept trying to be friends with me, and I didn’t respond in kind. I hated my family so much, I took it out on everyone.

(There were at least three other “friends” who disappeared once they learned about my family. I don’t know how they’d handle that situation as adults today, but back then they just added to my embarrassment and humiliation.)

“I’m getting out of here”

The second part of the way I handled it was that I secretly planned to leave home as soon as I graduated high school. I had no idea how I was going to do it, but when my dad said something about going away to college, I thought, “Yes! That’s how I’ll do it! I’ll go away to college and never come back.” I came very close to succeeding in that plan, and two years after graduating high school I was gone completely.

There are other ways to deal with hating your family, including drugs (I lost a friend to this), acting out (I acted out a lot when my mom and dad were divorced during my senior year), and more.

Even though I rarely spoke to anyone, I should mention a few things about the acting out:

In retrospect I regret a lot of things, but my biggest regrets are:

The common theme there is friendship. If I ever see any of those people again, the first thing I’ll say is, “I’m sorry I was such a jerk.”

How I wish I handled the situation

In all of these situations I now wish I had just said (and thought) this:

Hey, some members of my family are quite literally crazy, and my dad is a mean, abusive, womanizer, but they’re not me.

I can’t repeat the end of that sentence enough:

You can’t choose your family, and if you end up with a family you don’t like, I can’t stress that thought enough:

Your family isn’t you. Don’t let them define you.

I know I can’t change anything, but if I could go back and talk to myself in high school I’d say, “Do the exact opposite of what you’re doing. Be a leader, not a coward.” Rather then quit my baseball team and dislike the other players because my dad wanted me to hate them in the name of competition, I would have stayed on the team and helped bring out the best in my friends. I was an All-Conference pitcher, and I could have coached them up and helped them learn how to hit, I could have told them about the weaknesses in their swings that I was seeing.

And rather than going silent I would have spoken out. You can’t do anything about people being biologically crazy (other than getting them to the correct doctors and helping them get medicine and treatment), but I could have spoken out against my father, and I could have told my friends, “My family isn’t me. So, what are we going to do to have some fun today?” I hated high school, but in reality, I made that situation; if I had changed my approach to it, I could have made it a much more pleasant experience, maybe even a fun one.

If I remember right, both presidents Bill Clinton and Jimmy Carter had embarrassing, alcoholic brothers, and despite that they were able to hang onto their own goals, desires, and identities, and rose to become President of the United States. The phrase “My family isn’t me” defines them.

One other thing to remember

One thing I found out about leaving high school and going to a college in another state: I was completely free to be who I wanted to be. I didn’t have the baggage of anyone knowing about my family members, so I could truly live the “My Family Isn’t Me” philosophy.

Perhaps ironically, this made it easier to talk about my family. When I’d get into conversations with new college friends about “family” and “home,” I’d say, “Phew, you don’t want to know my family. I’m just glad to be away from that combination of crazy and meanness.” Interestingly, other people would then tell me stories about their families, and I eventually realized I wasn’t alone. Maybe their family members weren’t legally crazy, but they did some crazy things as well. I felt a lot less alone once I realized I wasn’t the only person in the world with embarrassing family members.

From my other discussions during my college years, the embarrassing things I remember other people saying about their families included:

I went off on a few tangents there, but if you’re in school and reading this, I hope you can see the main point:

Your family isn’t you. Don’t let them or their embarrassing behavior define your life.

In my case I still have crazy family members. As for my oldest sister, if you’ve ever seen the movie Spanglish, she’s exactly like Tea Leoni’s character. On top of that, she unfortunately won’t listen to anyone, or accept help from anyone. My dad died poor, with a long, painful death.

But my own success story is that I got a degree in Aerospace Engineering from Texas A&M, a school about 1,000 miles from my hometown; I started and then sold a successful business; I moved to Alaska (just for fun) and then Colorado, and I’ve written five books.

I wrote this story to get some things off my chest and out of my mind, but the last thing I want to say is that if you’re in school and living in a situation like what I’ve described, I just want to let you know that it gets better, a lot better. Even though graduating from high school is an uncertain time, the happiest times in my life all started the day after I graduated and began the journey of (peacefully) getting away from my family. Hang in there, and don’t let your family define you.

In a related note: 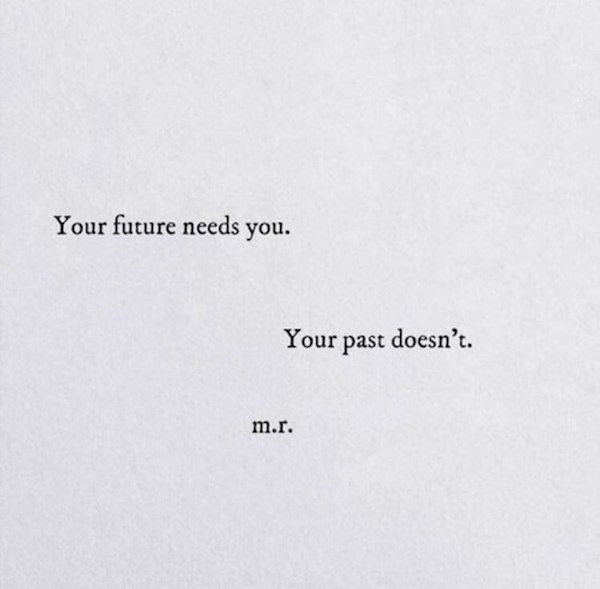