Way back on December 31, 2010 I lived in Wasilla, Alaska, and planned on driving down to Seward to spend a few days around New Year’s there. But a bad ice storm and the inability to find the right size tire chains derailed my plans, and I ended up in Anchorage instead. But because of that, I learned that they have a great fireworks show in Anchorage on New Year’s Eve.

As I mentioned in my second Facebook post on that day, there’s an Alaska saying that goes, “There’s old pilots, and there’s bold pilots, but there ain’t no old and bold pilots.” 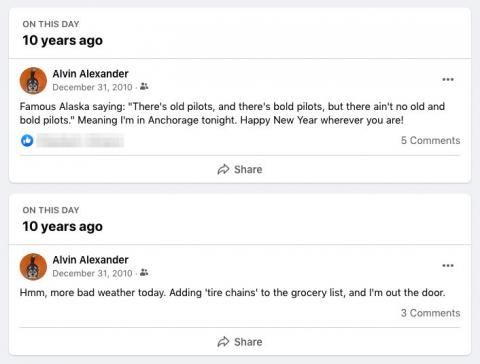