This is from this LionsRoar.com article about where Garry Shandling is in an episode of Comedians in Cars Getting Coffee with Jerry Seinfeld. (Shandling is a “longtime mindfulness practitioner in Thich Nhat Hanh’s tradition,” which I did not know.) 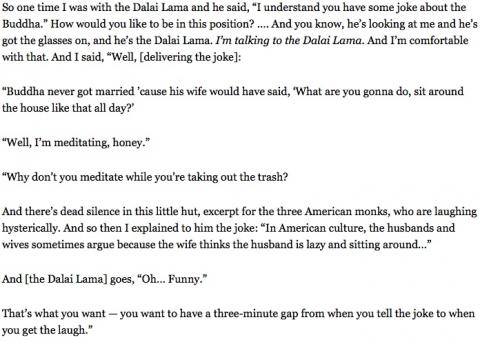