A graphic comparing the Midnight Sun in Barrow, Alaska on June 21 to the Sun in New York City. I think the graphic is a little misleading regarding the high point of the Sun, but it demonstrates the basic idea. Image from this Twitter page. 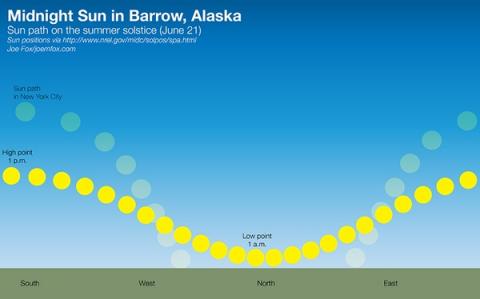