Is the "War on Drugs" working?

This article shares the graph shown that says the “War on Drugs” isn’t working. That appears to be true, but unfortunately you can’t really know that it’s true because there is no control group. What I mean is that we have no idea what the drug addiction rate would be like if we had not spent all this money on this so-called war. Maybe the rate would be 1.3%, or maybe it would be 5%; we don’t know. 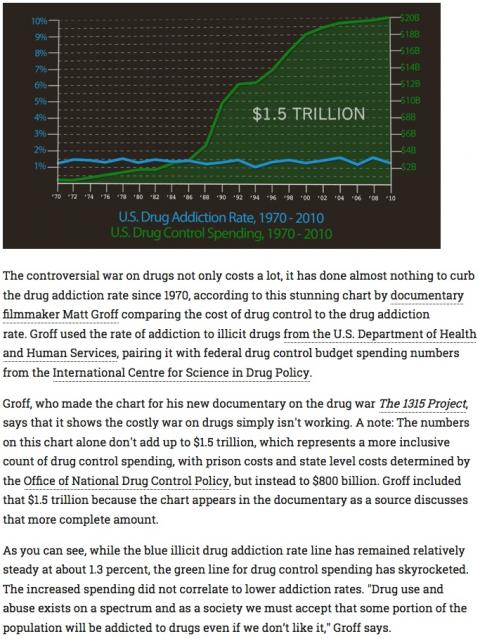