If you ever need to write a “string starts with” comparison in Drupal 8 Twig templates, I just used this approach in a node.html.twig template file and I can confirm that it works:

More accurately, what I did was to first get the URI for the current Drupal node, and then I perform that test:

How to compare floating-point numbers in Scala

This is an excerpt from the Scala Cookbook (partially modified for the internet). This is Recipe 2.5, “Comparing Floating-Point Numbers in Scala.”

How to test String equality in Scala

This is an excerpt from the Scala Cookbook (partially modified for the internet). This is Recipe 1.1, “Testing String Equality in Scala.”

When using Scala, you want to compare two strings to see if they’re equal, i.e., whether they contain the exact same sequence of characters.

In Scala you compare two String instances with the == operator. Given these strings:

How to compare floating-point numbers in Scala

As in Java and many other languages, you solve this problem by creating a method that lets you specify the precision for your comparison. The following Scala “approximately equals” method demonstrates the approach:

Comparison of the 2015 Subaru Outback vs Forester

How to compare String equality in Java

Java String comparison FAQ: Can you share some examples of how to compare strings in Java?

If you’re like me, when I first started using Java, I wanted to use the == operator to test whether two String instances were equal, but that’s not the correct way to do it in Java.

A comparison of WordPress and Drupal (May, 2009)

Summary: A comparison of Wordpress and Drupal, circa 2009. (2011 Update: Drupal 7 is much easier to use than Drupal 6, which was described in this article.)

Summary: This tutorial shows a collection of Perl if, else, and else if examples.

The Perl if/else syntax is standard, I don’t have any problems here:

My first problem with Windows

In light of those recent Microsoft ads that show that Windows PCs are cheaper than Macs (without ever using the word "Windows"), here's my first problem with Microsoft Windows: 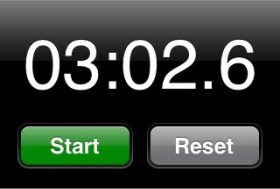