My notes from the book “Jony Ive, The Genius Behind Apple’s Greatest Products,” by Leander Kahney

This is a photo of the TX2 pen: 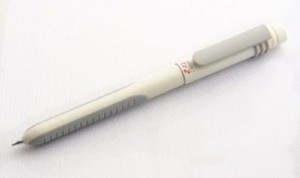