2009-01-06 UPDATE: Smultron is dead; long live Smultron. I just visited the Smultron website, and the author has decided to discontinue development of the project.

Other than the application icon they use, Smultron looks as Mac-like as any text editor I reviewed. While I'll be using Komodo for editing language files (CSS, HTML, others), I'm currently using Smultron as a plain text editor instead of TextMate, and so far, I like it.

Before I get into the positive features, Smultron currently has one really annoying feature: It keeps forgetting that I don't like to have line numbers displayed. I keep turning off line numbers, and every time I restart Smultron they're back on again. Hopefully this is a bug that will be fixed soon.

Other than that, the basic Smultron features include: spell-checking, line numbering, the ability to edit multiple files simultaneously, a nice split-window view, full support for the Mac OS X metaphor, the ability to hide most UI widgets, and many other features. If Smultron offered an auto-complete language feature for CSS and HTML (it does have support for these languages, but I haven't found an auto-complete feature), I'd probably use it all the time, and not bother with Komodo. 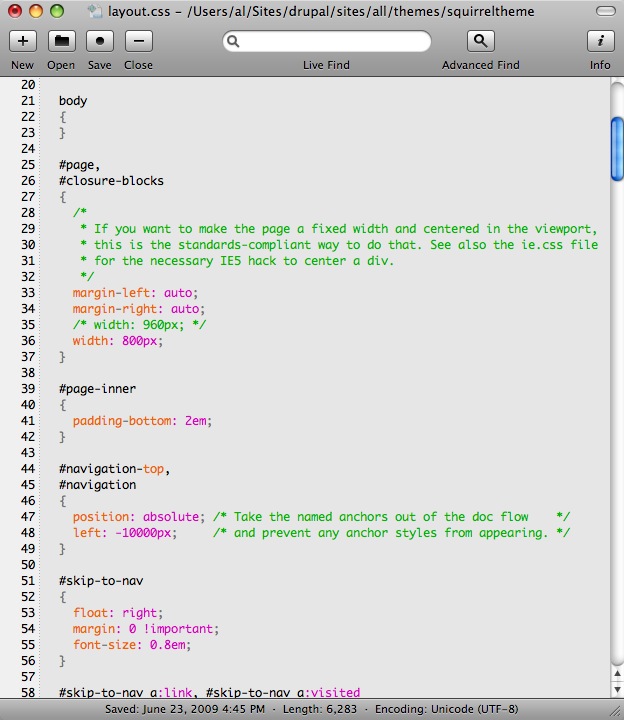 So, for now, Smultron is my plain-text editor of choice, but TextWrangler has been growing on me recently, and may soon pass Smultron.

Coming from the same people that make BBedit, I had great expectations for the BareBones TextWrangler. Although my initial experience with it was disappointing, it has been growing on me a little bit recently.

I found the initial TextWrangler experience to be very disappointing. The initial choice of fonts and colors is less than pleasing, and while it seems fast, it's almost frenetically fast -- it seems jumpy. Another irritation is that dialogs don't end up in the right places. Instead of being centered, some of the dialogs ended up in the upper-left corner of my display. And like Smultron, I wish TextWrangler offered an auto-complete feature.

On the positive side, after making customizations to the font, the colors, and which UI widgets are displayed and which aren't displayed, using TextWrangler has been a more pleasant experience of late. Positive features include support for the Mac metaphor, speed, spell-checking, and the ability to remove all of the window adornments -- a feature I like very much, and included in the blog editor I wrote for my own use. TextWrangler also lets you run shell commands and has some interesting AppleScript functionality. 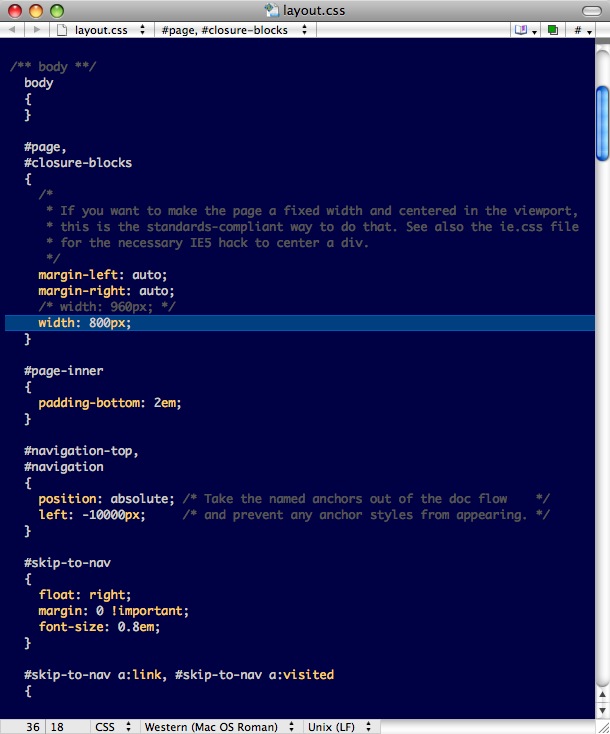 TextWrangler and I got off to a bad relationship, but after all of these customizations I may actually use it from time to time instead of Smultron, but for the time being it's Smultron's job to lose. TextWrangler seems to have more power under the hood than Smultron, but that hasn't been too important, at least not yet.