How I started my consulting career

“The beginner’s mind should never be lost.”

If you're a new consultant thinking about going to work for a small consulting company, I'd like to share what I went through in the first three years of my consulting life, in particular my thought process about the revenue I was trying to generate. Hopefully there are some valuable lessons in what I went through way back then.

Step 1) Bill enough to pay for yourself

When I first started to work for a small consulting firm in Louisville in 1993, my thought process was very simple: By the end of the first year, I wanted to be billing clients at a rate that was at least as much as I was getting paid.

To keep this simple, let's say your employer is paying you $50K per year to work as a consultant. In that case, Step 1 is to make sure you bill your customers at least $50K per year. To be very clear, when I say, “bill,” I mean that invoices are going out the door for work you've performed, and the yearly total of those invoices equals or exceeds your salary, in this case, $50K. 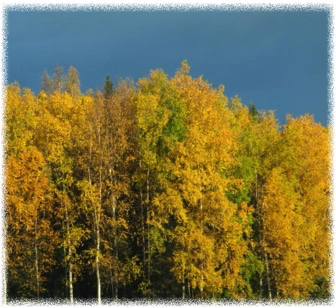 In my case this was very hard. I came to Louisville as a Unix systems administrator and a C programmer, and Louisville was a Microsoft town, and the company I joined was a Novell reseller. So I was essentially starting my own “business within a business,” and times were tough. The salespeople at the firm didn’t know how to sell my services, and I wasn’t much help to them.

After a while we found some small customers, and I got to that point where, on a monthly basis, I was billing enough to cover my base salary, and I felt pretty good. Then I learned the important lesson that there's more to business than just paying for your base salary. In fact, there are many business expenses in addition to your base salary that make up your total cost to your employer.

So Step 2 is to get yourself to a point where you’re billing enough to pay for other expenses related to you, including payroll taxes, benefits, office space, and shared resources you use (physical devices like computers and printers, as well as human resources like secretaries, assistants, and accounting personnel). I've always thought of taxes and benefits as being worth at least an additional 20% on top of your salary, so assuming a salary of $50K, you need to be billing at least $60K per year to account for your taxes and benefits.

How you determine whether or not you're paying for the other resources depends on your particular circumstance. In my case I could easily account for the computer and human resources required to keep me rolling, but that may be harder for you. Suffice it to say that with a salary of $50K, I was pretty happy overall if I was billing at least $80K. I felt confident that I was at least breaking even for the company at that level. At that point I wasn’t a burden to the company, and they could say that they could now handle Unix problems and C programming projects.

That may not sound like much, but just starting off the way I did, wow, those first eighteen months as a consultant were very lean times, and I constantly looked at these numbers to feel like I wouldn't be fired any time soon. But after those first eighteen months as a consultant I was easily generating over $100K in annual revenue for the company -- I was much closer to $200K per year -- and I knew my position in the firm was in good shape.

Step 3) Get other people billing

Step 3 in my financial thought process was to get other people billing. Within my first thirty months as a consultant I had two other people working for me -- billing time to customers that I could easily prove to my supervisors was because of me. Not only that, I was indirectly billing a large number of people throughout the company, anywhere between an additional 1-5 people each week.

At this point I was extremely confident in my own success. I was getting a lot of other people to bill their time on my projects, and the money was rolling in. This can be a great time for you. It's nice to be able to go to the owners of the company and show them that you have your own “book of business” -- business you developed on your own, and business that is helping to pay existing employees, and hire new employees.

Step 0) Why the money was rolling in for me

When I said, “the money was rolling in,” I meant that it was rolling in because I didn't ask for a flat salary of $50K when I came on board. In fact, I gave up a $50K/year job to join this firm, and we negotiated a deal that worked out great for everyone: I was paid a base salary of roughly $35K, and I was also paid a 10% “incentive” for any work that (a) I performed, (b) my employees performed, or (c) other people in the company performed on my projects.

As you can imagine, when you get a lot of people working for you at billing rates of $100/hour or more, yes, the money was rolling in for me. As money goes, I was happy, and management was happy. Financially, it was the first really good time of my life.

To summarize, my success formula for starting a career as a new consultant for an existing business followed these steps, most of which I didn't fully understand until after those first 36 months: Step 0: Negotiate a good deal. In my case this was a low base salary with a 10% “incentive” on the work I generated throughout the company.

Steps 1, 2, and 3: As one of my managers liked to say, you “justify your existence” by billing more than the combination of your own salary plus benefits plus associated costs.

Step 4: Get other people working on your behalf. When more money is coming in the door, it's a good deal for everyone.