Dogen-zenji said,  “When you say something to someone he may not accept it,  but do not try to make him understand it intellectually.  Do not argue with him;  just listen to his objections until he himself  finds something wrong with them.”

Despite all your preparations as a Buyer’s Assistant, prospects may still raise objections, and you need to be prepared to handle them. They’ll say things like, “I like what I’m hearing, but I think your price is too high,” or “I’m not ready to make a decision today,” and so on.

Going into an important meeting 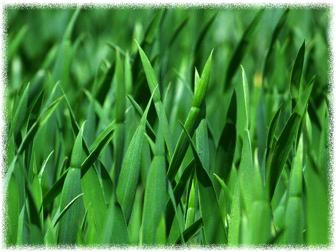 One the most difficult meetings I had was with the CEO of our largest client after the dot-com bubble burst in the year 2000. One day during this time, this CEO called and asked if my business partner and I would come into his office the next day. We assumed the news wouldn’t be good, so we tried to prepare for the worst.

This CEO was a tall, intimidating man, and sure enough, as soon as we sat down he began telling us of the horrors of the economy, and how he was going to lay off many of his own people, and in regard to us, he was going to have to cut our work in half.

We let him go on talking until he was finished, and when he seemed to be done saying all he had to say, my partner said exactly the right thing. Right at that moment, without any hesitation, my business partner dropped the following on this CEO:

“I hear what you're saying, but you don't need to cut our budget in half — you need to double it!”

After dropping that bombshell, he continued. “Al here is too nice to tell you the horror stories about the people he works with here every day, but I'm not. I don't have to work with your employees, so I'll tell you what I hear our people saying about some of the people on your staff.”

“What I hear is that you've got some people who just aren't getting it, they're not making the transition to the new technologies. They may be good AS/400 programmers, but when it comes to Java and the internet, they're just not getting it fast enough. And if you let most of our developers go, all you’ll have left are these people who don’t know what they’re doing yet, and you’re not going to be able to deliver your projects.”

To say the least, the CEO was floored. He sat there with an astonished look on his face for quite a while before he could think of something to say. Finally he regained a little composure, looked at me and said, “Al, is this true?”

After a few more moments of silence, he did the most amazing thing I've ever seen a CEO do. In the middle of the burst of the dot-com bubble — not ten minutes after he was ready to cut our budget in half — he asked, “How much money do we need to budget for you for the rest of the year?”

Fortunately, we were again prepared, so we were able to tell him how many of our people we needed to achieve his business goals. I don't recall if we doubled our budget exactly or not, but after he laid off a large percentage of his staff, our budget was increased greatly, and we continued to work with this client for many more years, earning at least 1-2 million dollars more in revenue.

My lessons learned from this brief meeting — I'm sure it lasted less than forty-five minutes — are as follows:

Not only do you need to be able to handle the objections a prospect tells you, as Mr. Bettger would tell you, there may be another objection you’re not being told about.

As you find out in life, there are spoken reasons people will give when explaining why they did something, and then there are the actual reasons they did that thing, and they’re often completely different. Mr. Bettger quotes a gentleman named J. Pierpont Morgan, Sr., who said:

“A man generally has two reasons for doing a thing: one that sounds good, and a real one.”

In the sales world we refer to these as hidden objections, and Mr. Bettger suggests handling these with a simple statement:

For instance, when a client brings up an objection that doesn’t seem to make any sense, or if you suspect something else is going on, you might ask a question like this:

“Joe, in addition to that, isn’t there something else in the back of your mind? Some other reason you’re hesitant?”

I can tell you from personal experience that I’ve used this technique, and it works. For some psychological reason we all have hidden reasons for the things we do, and if your prospect is really interested in your product or service, this can be a way to draw them out. In my experience, sometimes people will immediately tell you the real reason, and other times they’ll tell you the real reason hours or days later.