Consulting: You can’t always save the client

“When you can do nothing, what can you do?”

As I’ve mentioned, you’re hired to be a consultant because you’re a problem-solver, so it really hurts when you can’t help a client. It’s a tough lesson, but it’s an important one:

Despite your best efforts,
you can’t always save the client.

From what I’ve seen, you can run into cases that are similar to what I’ve heard about alcoholics or drug addicts: You can’t help someone who doesn’t want to be helped.

On one of my strangest projects, the solution to the problem was clear, and in fact, it was incredibly obvious. If the customer just did X, Y, and Z, the problem would be solved, they would likely save millions of dollars compared to alternate approaches, and they would rapidly be in a position to provide a great service to their clients before their competitors could react. But they didn’t take my advice, and in fact, they were fairly rude about not taking it. 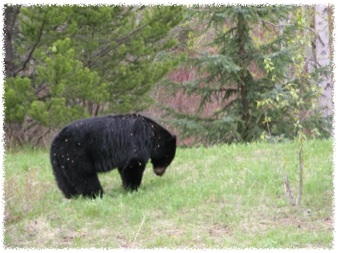 Their behavior was so contradictory to “normal” behavior I thought surely they must be a mole in the company, planted there by a competitor to help sink them. But no matter what I tried, they refused to go with the obvious solution, and eventually went down another path. I don’t know exactly what they did, because I essentially resigned from the position. (Technically my contract was up for renewal, and I told them I wasn’t interested in renewing it.) I told them I couldn’t agree with their decision, and they would have to go down the path they chose by themselves.

I resigned from the position for several reasons. First, I wanted to protect my reputation. I thought the “solution” they wanted was so wrong that they would surely fail, and I didn’t want to be any part of it. If I stayed on the project they’d be able to walk around the company and say, “Al’s on board with our decision,” and I just couldn’t let that happen.

Unfortunately the people in upper management didn’t learn about (or notice) my resignation until a year later, when, as expected, the project crashed and burned, and millions of dollars had been wasted. The project was suspended, the people running the project were fired, and they eventually implemented my proposed solution, but not until they had fallen behind their competitors.

How I failed on this project

As I look back on this project years later, I wonder if I could have worked harder to influence these people, but I also know that there were other “political” things going on behind that scenes that made it an impossible situation for me to win.

From what I’ve learned, the lead person on this project held a grudge against me related to an earlier project, and although I always suspected he didn’t like me much, and I had been warned that he was hard to work with, I didn’t even know I had beaten him out on that earlier project.

He who documents, wins.

I did know that I had to influence this person to get my solution implemented, and I certainly tried. I gave him my information before I gave it to anyone else, to let him sell himself on it, and then present it to others as his own idea. But despite every technique I’ve ever learned to influence people, this was a battle I couldn’t win.

In the end, the only way I could “win” in this situation was to resign and let him hang himself, and that’s what happened. This brings up one more important point:

When all the poop hit the fan a year later, my recommendations were “discovered,” and I was called back into the company by senior management, and they implemented the obvious solution.

This led to a very interesting discussion with the people I knew in senior management, in which they suggested I should have come to them with my complaints before I resigned. I told them I was very uncomfortable doing that, and if I had done it, it would have made working with this person intolerable.

After a lengthy discussion, they told me that in the future, I should come to them directly if I ever thought there was a problem of this magnitude. They made it clear that my relationship was with them, and there was nothing more important to them than they ongoing profitability of their company.

The situation of working with a mid-level manager has not occurred again with this client or any other, but I’ve always thought that if it does come up again, and my relationship is with people in senior management, I’ll seek them out at the start of a project, share this story, and ask them what they want to know if this situation happens again.

The “Can’t save the client” pattern

If there’s a pattern to this problem where you can’t save a client, it usually goes as this story went:

I wish I knew a great answer to this problem — and I share one possible technique later in the “Sales” section of this book — but I’ve come to accept that there are times you just can’t save the client. Some times all you can do is ask the client why they won’t implement your proposed solution, and do your best to tell them why you think your solution is the best approach.