If you're looking for a great clock as a gift for your favorite geek, look no further than the LED Binary Clock, or perhaps the Jumbo LED Binary Clock. Both have been around for several years, and make a very clear "I'm a geek" statement. (Who else would own one of these? lol) 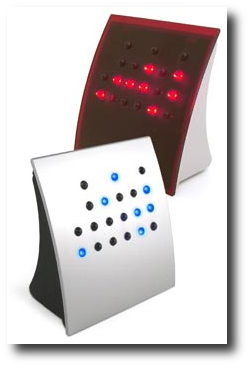 The current price (as of November, 2009) for the LED Binary Clock ranges from $20 to $28 (depending on which version you purchase).

Just looking at the picture of the Jumbo LED Binary Clock

, I like it more than the smaller binary clock. Visually, I think it looks nicer, but either one is a great geek gift idea. 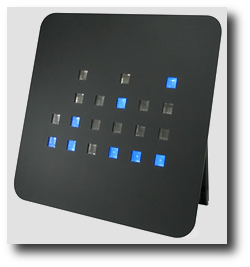 Here are the PowerPoint bullets on this clock: