With his question, Marty said that if the business financials we were looking at were real, our business sounded like a genuine goldmine, and he's surprised we would want to sell it.

I told Marty that you had to temper some of the profit numbers by knowing that most of the business partner's wives are involved in the business, and they're providing some services much cheaper than the going rate. A couple of our base salaries are also a little low, which also increases net income.

But beyond that, I also told Marty the truth about my frustration in trying to grow the business, and how the projects I work on force me to be out of the office most of the time, keeping me from doing some of the things I really enjoy doing. I also told him his letter caught me at a time when I was tired, and probably need a long vacation.

When I finished Jack told a similar story, in particular saying that his role at the company is also not what he originally expected, and he has his own frustrations, not getting to do some of the things he enjoys. If nothing else, it was interesting to hear his side of the story, sort of a business partner therapy. At least one thing we have in common is that the demands of the company have taken us away from the things we most enjoy.

At this point I qualified some of what I said, telling Marty that if I could just keep my work at 50-60 hours per week I could probably be a business consultant forever, but things have just been out of control recently.

After this, Marty told us that the next step in the process was for him to work up a "valuation" of our company, and to do that he was going to need our P&L and Balance Sheet statements for the last three years. He also wanted some other information about any recurring revenue we might have, customers under long-term contracts, information about debt, liabilities, lawsuits, and anything else that would impact the value of our company one way or another.

If we could provide him with all that information, he'd work up an estimate of what he thinks our business is worth, and we can make a "yes" or "no" decision after that.

(I didn't know it then, but I now know that all of this is standard information that any business broker will need.)

We asked Marty several times during the conversation if he actually did know any potential buyers, and he kept saying yes, but asked us to be patient as we answered all of his questions. By now we were into the third hour of our meeting, and were finally getting back to this point. Marty told us he did have two possible buyers, one an individual, and another a local business. But he also cautioned that while these people do seem interested in buying a small computer services business, we shouldn't get our hopes up, that a lot of deals fall through, and we need to be prepared for the long haul. He told us that he's never been involved in a sale that went to the first prospective buyer. Buying a business, he told us, takes a lot of time and research, as well as a good match between the business buyer and business seller.

As for his pay, Marty told us that he wouldn't ask us for any money up front, and in fact, we shouldn't trust any business broker who asks to be paid that way. He would make his income as a commission during the sales process, and his going rate was 10%, and it wasn't negotiable. To be very clear, he said that if the business sold for $2M, his commission would be $200K, and that amount would have to be paid at closing time, regardless of our terms with the buyer. 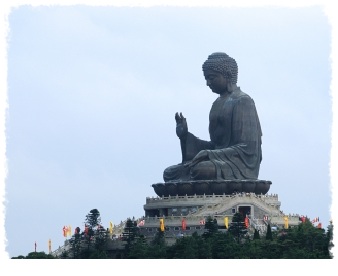 If I didn't feel this way already, by now it certainly felt that selling my business felt a lot like selling a house, with a few key distinctions. First, I've never built a house, but I did build this business, and now we were talking about it like this tangible "thing" that could be bought. I'd never thought of my business as something to be sold, and I also never really thought of it as "my baby" -- at least not until now. While my curiosity was piqued, this thought of "selling my baby" was actually making me feel a little sick. "Do I really want to do this?", I kept thinking.

Second, Marty mentioned that he won't mind if we say "no" to any buyers that we don't like, but that he'd be really disappointed if we backed out of a deal where all the terms were good, and we liked the other party, but just had a change of heart. He suggested that if we think we might have a change of heart we shouldn't even start this process, because it would be a waste of time for everyone.

(This gave me a flashback of a discussion with a monk at a Zen monastery many years ago. When I asked the monk how I should know if I should be a monk or not, he said that if I had just a 1% thought that I didn't want to be a monk, then I shouldn't be one.)

As the meeting ended, Marty gave us a small packet of forms that we'd need to fill out if we decided to go down the road of trying to sell our business with him.

After the meeting Jack and I stood outside in the parking lot for at least fifteen minutes, even saying goodnight to Marty as he went home, as it was now well after dinner time. We both felt like Marty was trustworthy, and we talked about what it felt like to think of selling "our baby", with a few comments about how neither one of us was doing exactly what we wanted to be doing.

We agreed to think about this as long as we needed to, to make sure we wouldn't feel like backing out later. When I got home I told my wife the pertinent details of the meeting, telling her I thought Marty was okay, and that Jack and I were thinking about it. I told her that if we went forward it looked like we'd have to put together a lot of financial information, and she would be responsible for putting together most of it.