One of my uncles was Mousey Alexander. I didn’t know him very well, only meeting him a few times that I can recall. The most I remember about him was watching him play at a jazz club in Chicago one time when I was a young teenager, and also spending a little time with him on a vacation in New York. (In particular I remember going fishing with him and my dad in New York. We caught something like 40 small fish in an hour or two. Every time we dropped a line in the water we caught a fish in a matter of moments.) I also remembered that he called a lot of people “cat” or a “cool cat.”

I was told that he played on the Johnny Carson show and also played at The White House. I think he’s most well known for playing with Benny Goodman and Clark Terry. If you’re interested you can read more about him at that Wikipedia link, and thanks to YouTube you can also find some of his performances there as well, including this Doc Severinsen “Airmail Special.” 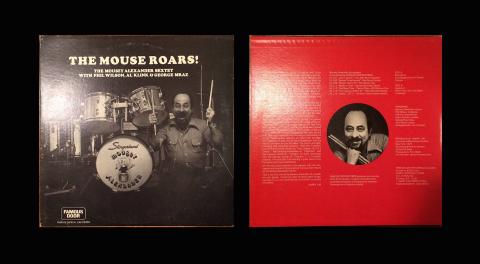