This image comes from this cnn.com story about an 1871 Arctic shipwreck that NOAA archaeologists are now able to get to, thanks to global warming/climate change. The original story is here at noaa.gov.

Two quotes from the original story follow. First: “NOAA archaeologists have discovered the battered hulls of two 1800s whaling ships nearly 144 years after they and 31 others sank off the Arctic coast of Alaska in one of the planet's most unexplored ocean regions.”

Second: “With less ice in the Arctic as a result of climate change, archaeologists now have more access to potential shipwreck sites than ever before.” 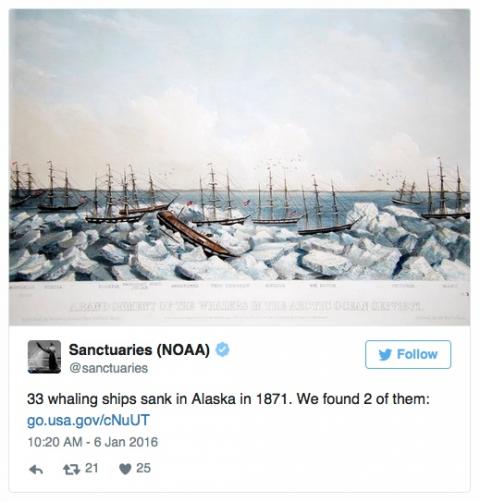