Chicago Cubs catcher John Baker became a cult hero overnight as he pitched a scoreless 16th inning, then scored the game’s winning run in the bottom of the 16th. The game took six hours, 27 minutes, and was the longest game by time in Cubs’ history.

Here are a few quotes from Mr. Baker about this opportunity:

“It’s really cool to get a chance to do this,” Baker said. “I was having trouble not smiling on the mound. You never get opportunities to do things like this.”

“Any Chicagoan’s dream is to be standing at home plate with the remaining people at Wrigley Field chanting your name, so it’s something you’ll never forget,” Baker said.

Mr. Baker also shared a few of his pitching secrets:

“I trust my stuff,” said Baker, who actually warmed up during the 13th inning but was saved until the 16th.

Baker’s pitches were clocked in the high 70 mph range, and he joked that he had to shake off a few signs from catcher Wellington Castillo “because we weren’t on the same page.”

“I shook to a split-finger (fastball) and yanked it a little bit,” Baker deadpanned. “So I just decided I was going to bang it and go with a straight 76 mph heater. That seemed to be the most effective pitch in the game.” 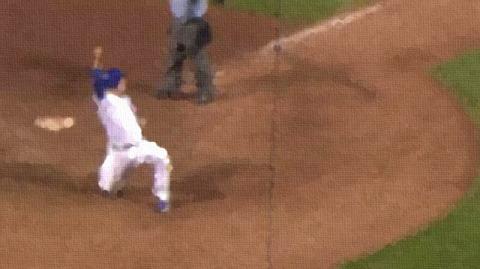