Dallas Seavey won the 2015 Iditarod race in Alaska, finishing the race at about four o’clock this morning in Fairbanks. He finished the race in eight days, 18 hours, 13 minutes and six seconds. The story is here at the Fairbanks News-Miner. 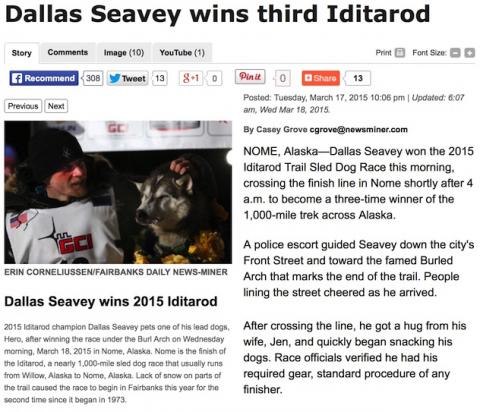 Tags
iditarod
dallas seavey
2015
< back to my photo gallery