The Dancer Upstairs may be a little slow for most other people, but it’s one of my favorite movies (except for the dog parts).

Released in 2002, it was the first or second movie I saw Javier Bardem in, and when you watch it not knowing who he is, you say to yourself, “This guy has it,” that special something that makes you want to watch. As a friend once said, Tom Hanks is like that; if they made a movie about a guy stranded on an island and he was the only one in the movie, she’d watch the movie just because it was him (as did many other people). 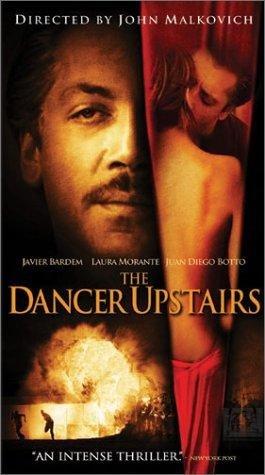