A funny thing about using AppleScript with Java -- and three years later with Scala and Akka -- is that you tend to run into the same errors. So glad this URL kept a transcript of my earlier problem ("Problems running AppleScript with Java headless argument"), the solution of which is shown in this image. The conversation was also logged in a less convenient format here. 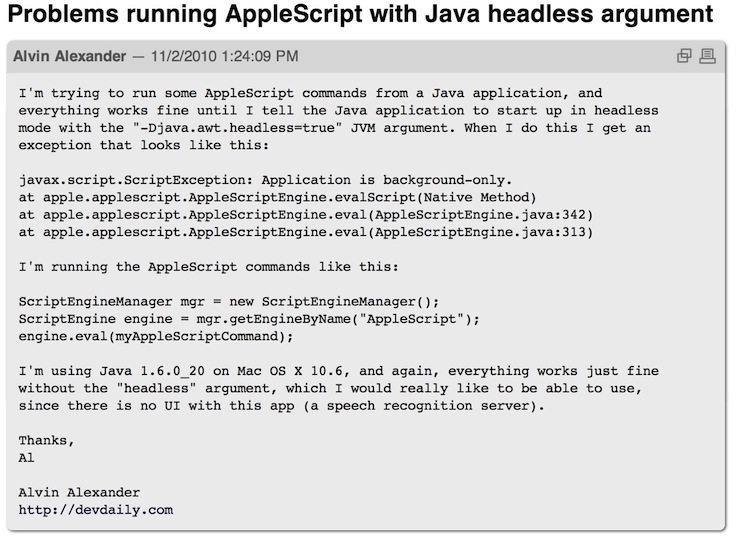 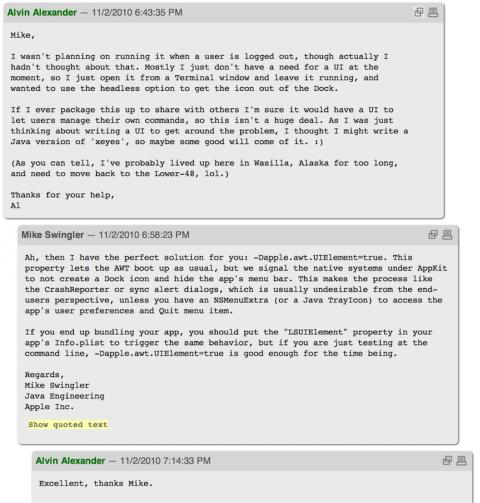