Once I ended the four-plus weeks of a low-iodine diet, I found myself craving pretty much any kind of cheese, but one in particular: The mizithra (myzithra) cheese they use at The Old Spaghetti Factory to make a meal that’s named something like, “Homer’s Brown Butter and Mizithra Cheese” pasta.

I talked to an incredibly knowledgeable man at the Whole Foods store here in Superior/Louisville, Colorado, and he told me mizithra cheese is very expensive and hard to find (as a result of limited supply and increased demand), but that this cheese would be very similar. He was right. I’ve made my own browned butter sauce with some of this cheese, and it’s just as good as the Spaghetti Factory, and much less expensive. 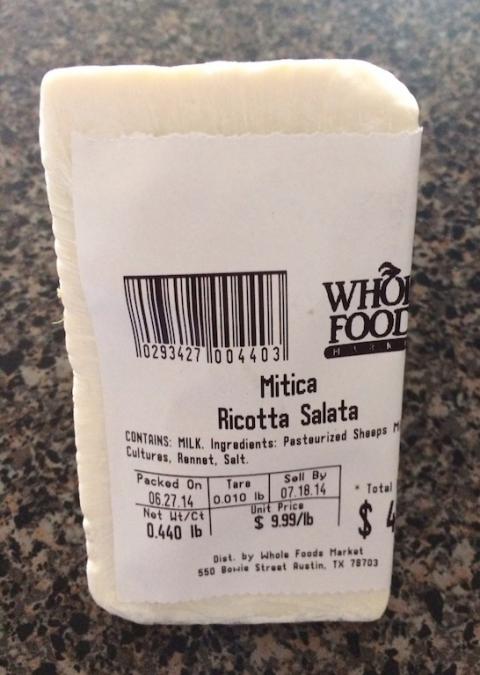