Way back in the day — in the days that were mostly before Linux — I did some work with the Santa Cruz Operation, which was known as SCO. When I moved to Louisville, Kentucky in the 1990s, I went from working on Unix systems from IBM, DEC, and SGI to working on SCO Xenix systems. Because of that business I eventually became an SCO-authorized instructor.

One lasting token of that relationship is this SCO clock. I always liked their tree logo, so I’ve kept the clock all these years, but as I was packing a little today, I don’t know if it’s going to make the next move with me, or not. 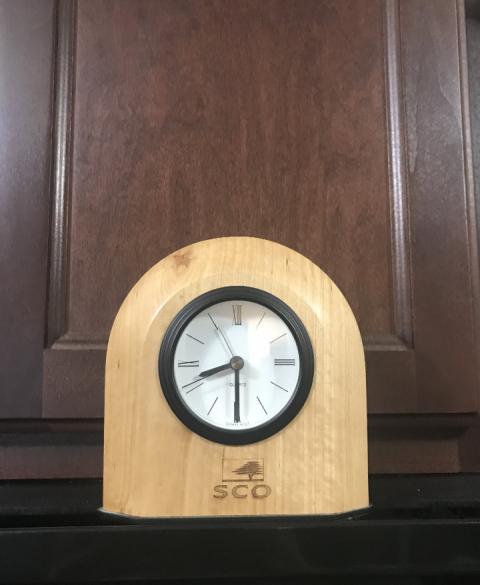