In 1971 — years before Jaws and Close Encounters — Steven Spielberg directed the first episode of the Columbo tv series. In 1974 they paid this little homage to him: Stephen Spelberg, “boy genius.” Here’s a link to that Columbo episode. I assume that Marshall Cahill in that episode is a not-so-subtle reference to a John Wayne movie from the previous year. 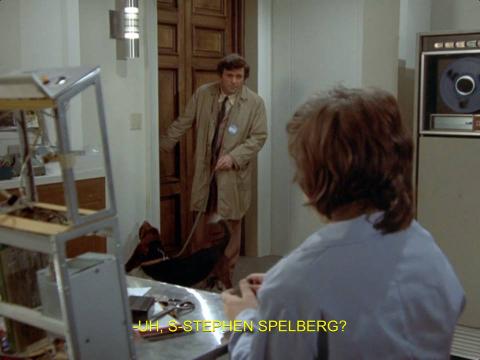