The defense is pretty limited — you can only choose from three current defensive plays — but that actually inspired me to show the history of previous plays called by the computer on the lower-right of that screen, which can be useful to see the computer’s tendencies.

I’m still not blown away by the UI, but it is getting better. I like the idea of having the “Hike” button close to the playing field, as that’s where your eyes will want to be when the button is pressed, but I’m not blown away by my implementation. 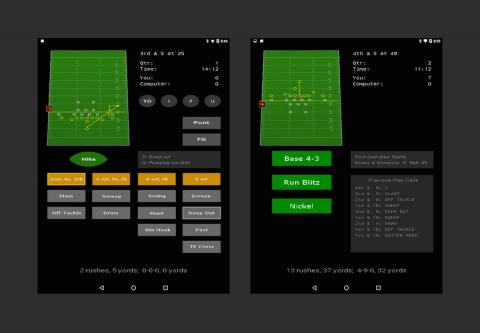