One thing I learned last night about my XO Play football game is that even in a “thinking man’s game” like this, visual perspective is important. I thought I would like the game as I showed it yesteday, as if you were looking at it from a coordinator’s box or sideline seat, but even though this image is a poor mockup and the perspective isn’t great, I like it better. (And of course now this makes me want to show real players (with depth) instead of Xs and Os.) 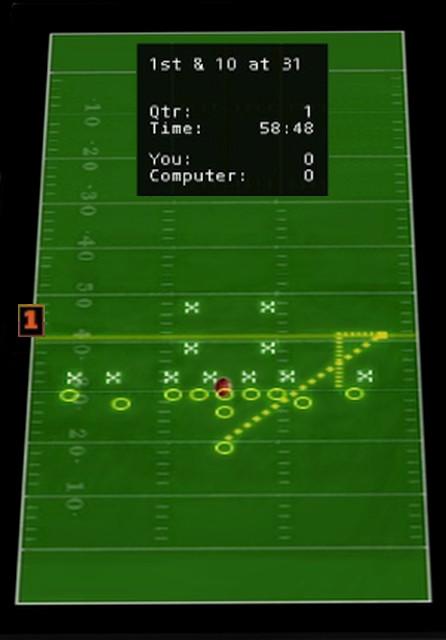