Winnie the Pooh on death (or separation)

Winnie the Pooh on death, or separation. (In honor of my brother-in-law, who died a year ago.) 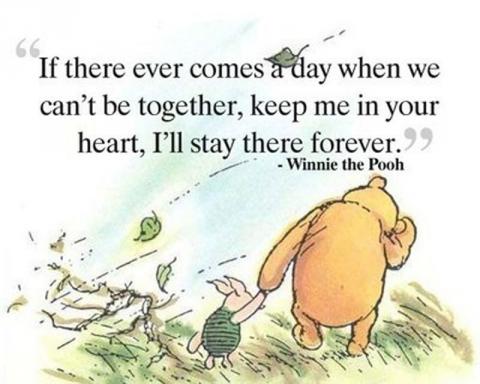 The Squirrel, from the cabin in Talkeetna, Alaska

The infamous Squirrel, from the cabin in Talkeetna, Alaska. See AlaskaSquirrel.com for more information. 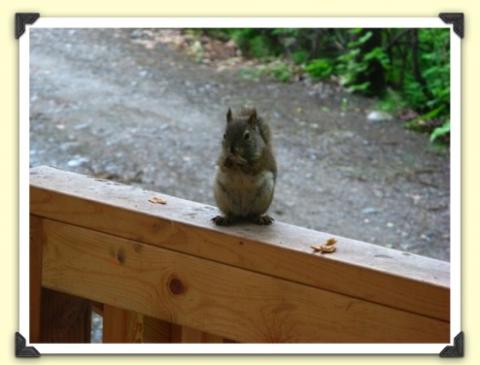 How to drop the first matching element in a Scala sequence

Summary: This blog post shows one way to drop/filter the first matching element from a Scala sequence (Seq, List, Vector, Array, etc.). I don’t claim that the algorithm is efficient, but it does work.

While creating some Scala test code earlier today I had an immutable list of toppings for a pizza, and I got into a situation where I wanted to remove the first instance of a topping.

Thanks to global warming, glaciers are disappearing and Alaska is burning. 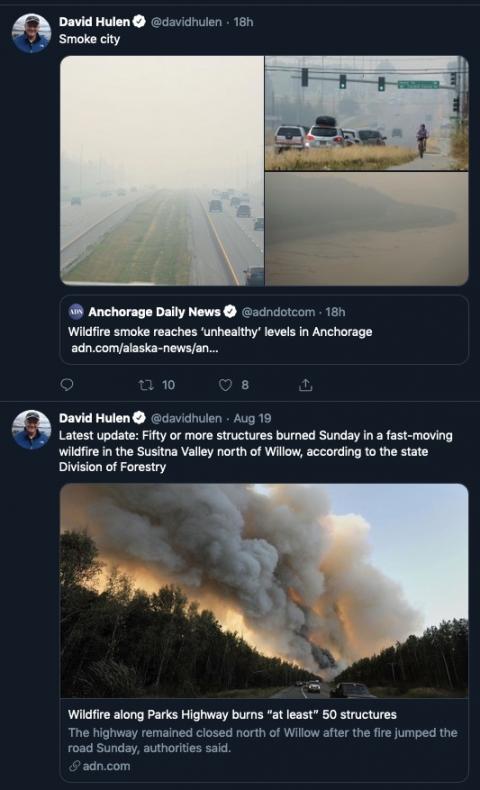 As for his (Carlos Santana) thoughts on self-fulfillment:

“Three things: Your spirit, your soul, and your heart. If you find those and you really find them, you’re going to realize that innocence. Those things don’t leave you, and you don’t misplace or lose them. Those are the ingredients for you to have a glorious existence.”

One of his favorite terms is “naked awareness” — the ability to see yourself fully and make changes away from the negative.

~ from a story by Leila Cobo about Carlos Santana

So I go to the grocery store yesterday, buy some grapes, and think I’m being all healthy as I eat them.

Then later in the day I read the “Dirty Dozen” report, which states that the non-organic grapes I just ate had 15 pesticides on them, and after non-organic strawberries, they’re one of the worst things you can eat in the entire universe.

“In a book I read recently, the author talked about humans as transitional beings — beings who are neither fully caught nor fully free, but are in the process of awakening. I find it helpful to think of myself this way. I’m in the process of becoming, in the process of evolving. I’m neither doomed nor completely free, but I’m creating my future with every word, every action, every thought.”

History of the Eagles (an American band)

I had a chance to watch part of the History of the Eagles when my RAV4 broke down and left me stranded in New Mexico, and it was good. If you like The Eagles, you’ll like the documentary. 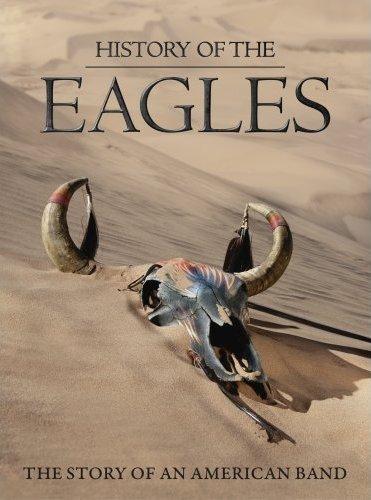 This healthy eating thing is still new to me, and I can never remember the name “brussels sprouts,” so I just write “balls” on my grocery list.

This is a fun response from this Ask Polly Q&A:

“Your in-laws are next-level, off-the-charts batshit.

Every now and then, a group of people assumes the traits and behaviors of sociopaths. Maybe one person in the group completely and permanently lost their doughnuts several decades prior, and slowly, each member of the group learns that playing along with this singular menace is the only way to survive. Eventually, the members of the group are so utterly confused and gaslit by each other that they enforce the will of the group and nod along with bizarre opinions until they can’t even remember what it means to think logically or have free will or behave like other regular human beings on the face of the planet.

I don’t know who originally created this image, but I like it. I never really had an emo phase, but I can understand it. 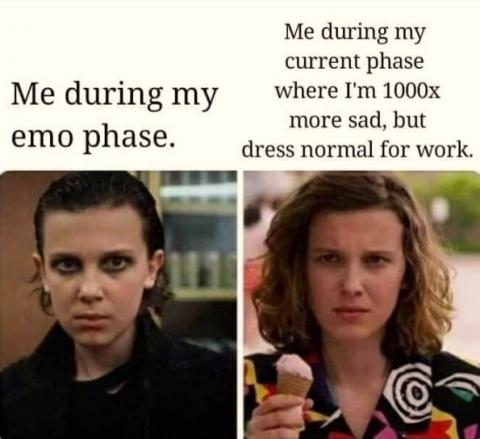 Everything is your original face

“Originally, nothing. Who made past, present, and future? If you don’t make anything, you will see and hear clearly. Then everything is your original face.” 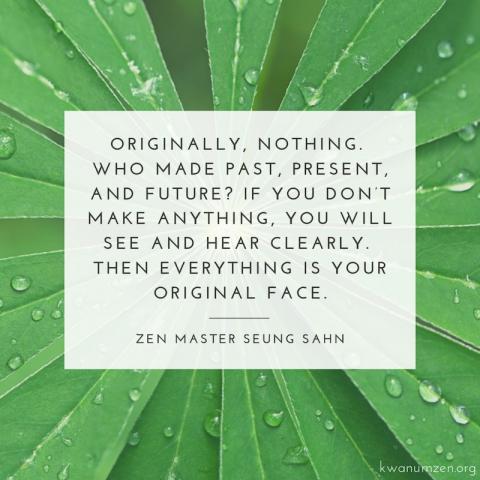 Ross Perot on his qualifications to be President

When asked if he had the proper experience to be President of the United States, Ross Perot said:

Your future needs you. Your past doesn’t.

“Your future needs you. Your past doesn’t.”

(I don’t know who originally created this image, but I like it. Kudos.) 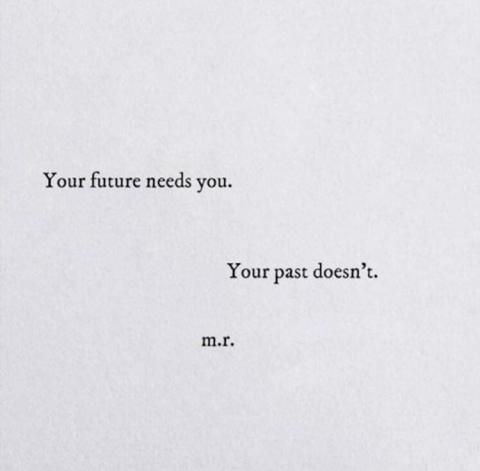 “We are the choices that we make”

“We are the choices that we make.”

Oh my god do I pray

If you know the song, this is a great tweet by danny nett. 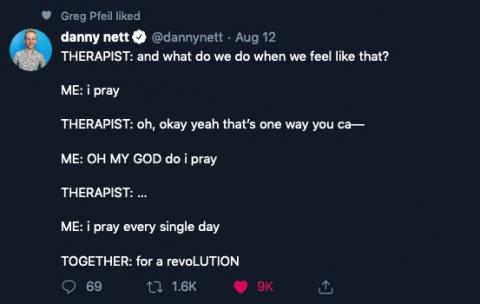 Longmire: I don’t look at peace as the absence of conflict

Zachary: I ran into one of my brother’s work buddies, he introduced me to Tai Chi. It saved me.

Zachary: I like to put it like this ... I went to church a lot as a kid, and we were always taught to love our enemies. Tai Chi taught me something new — to love the enemy inside me, as well. So I don’t look at peace as the absence of conflict any more. I see it as the acceptance of conflict.

(From the tv series Longmire)

People don’t want to use your software

This “People don’t want to use your software” quote by @SHL seems pretty smart. And Gumroad does a pretty good job of keeping their software simple.

I was actually thinking a little bit of the opposite yesterday; I thought, “I could care less about Apple hardware, I just like MacOS, or at least I used to love what it used to be.” But in the end I don’t really love the software, I just like that it works how I think an OS should work, and it has a Unix terminal that I keep open all the time.

Al as in Alvin

~ a conversation with two girls from Mississippi many years ago