Sunrise at Virginia Beach, April 9, 2017. No filters have been applied, this is what it looked like. :) 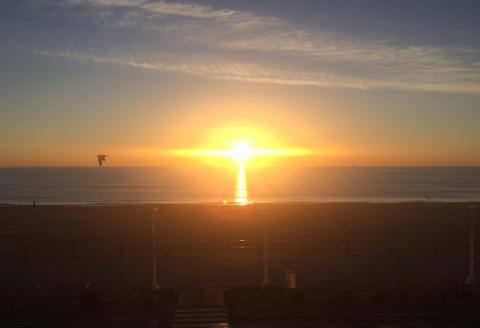 Mama always told me not to look into the eye’s of the Sun ... sunrise in Virginia Beach, April, 2017. 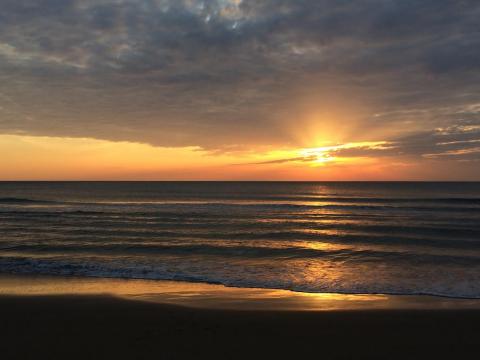 Today (April 8, 2020) is a day off for me, so I woke up at 4:30am and went up on the roof of the apartment complex garage, and took a few photos of the Pink Moon. These are some small versions of the best Moon photos, along with one of the Sun, which was coming up behind me from the east as the Moon set in the west over the Rocky Mountains.

First, the “Pink Moon” setting over the Rockies:

Last night I was chasing people who were putting bombs in buildings and flying shape-shifters (who I would later realize were on my side). When I started to catch up to them I’d find myself yelling, “please comply.” I give a “thumbs up” for the action/adventure part of the dream, but the writing and line delivery were just horrible.

Mast cell disease and the Covid vaccine (my experience)

Doctors have been treating me for “suspicion of mast cell activation syndrome (MCAS)” since 2016, and I recently got my first Covid vaccination shot. Here’s a quick summary of the experience.

Before the shot I took one Allegra pill, as usual, and then two Xyzal pills (where I normally take one a day, but as many as four).

I got the Pfizer vaccine shot, and quickly developed these symptoms: 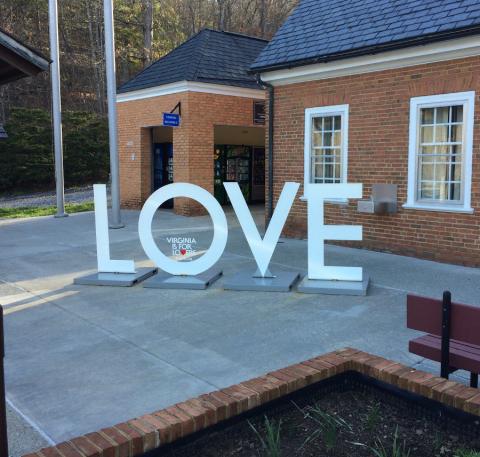 In enlightenment, death has no relevance to one’s state of being

“In enlightenment, death has no relevance to one’s state of being.”

As I reflected on the meaning of Easter this morning, I remembered this quote from Tibetan lama, teacher, physician, sculptor, and painter, Chagdud Tulku Rinpoche. The quote is from his book, Life in Relation to Death.

The short solution to the problem is to upgrade to sbt 1.4.9 or newer. The problem and solution are discussed in this Github sbt issue.

Here’s a photo of a snow white tree in Louisville, Colorado, one day in March, 2018. I was headed to a doctor’s appointment in Louisville, so this was probably somewhere between 7-8:30am. The full size image (not shown here) may be the prettiest photo I’ve ever taken in Colorado. 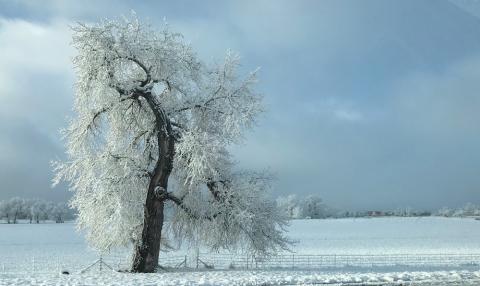 This is a photo of some white-tipped trees on a cloudy, overcast day in Louisville, Colorado, March, 2016 (a few miles east and south of Boulder, Colorado). 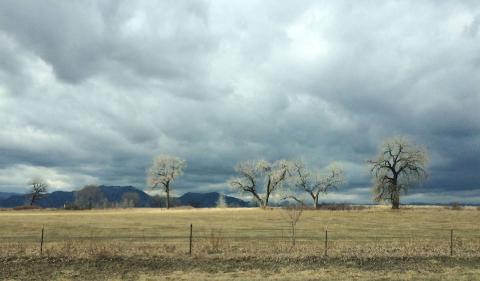 A “Boulderstrong” sign at the King Soopers in Louisville, Colorado, to honor the people who were killed at the mass shooting in Boulder last week. 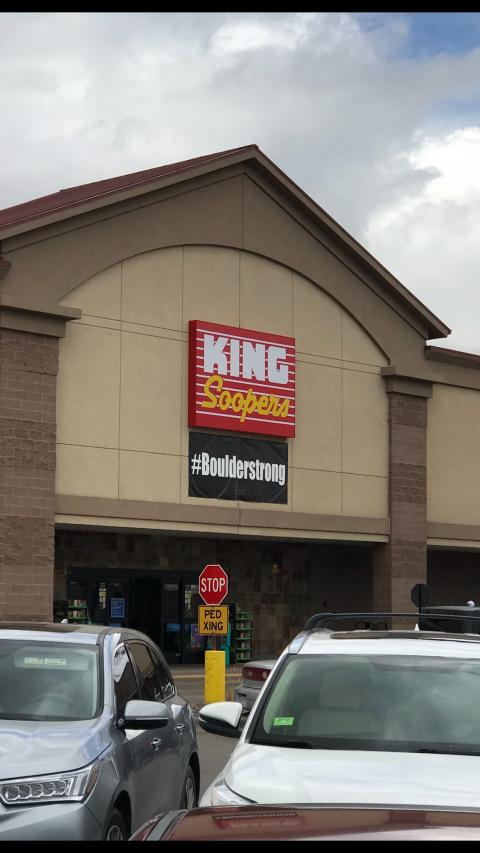 I got vaccinated (Boulder, Colorado)

I got vaccinated this past week at Boulder Community Hospital, in Boulder, Colorado. 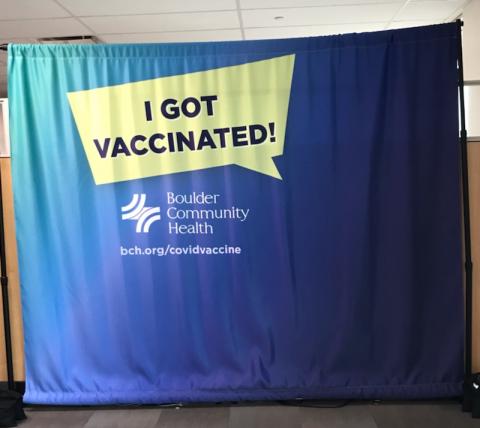 The three principles of functional programming

Conversely, here are the “three pillars of functional programming,” from Functional and Reactive Domain Modeling:

When I learned OOP I saw that it was based on several principles that everyone agrees upon. When I started learning FP (and later took two years to write Functional Programming, Simplified) I was surprised there wasn’t a single accepted definition of functional programming. I ran across the principles/pillars in the last two days and was reminded of that again.

macOS: How to show a file’s character encoding

macOS FAQ: How do I show a file’s character encoding?

On macOS you show a file’s character encoding using the -I option of the file command:

Here are two more examples, with and without the file command’s -I option:

An Alaskan day in Colorado

March 23, 2021, a day after the horrible assault rifle mass shooting in Boulder, Colorado, gave a us a day that looked a bit like Alaska. The ground here in Colorado never looks like Alaska, but today the mist in the mountains and overcast sky looked like Alaska, and made me feel a bit more like I was at home here. 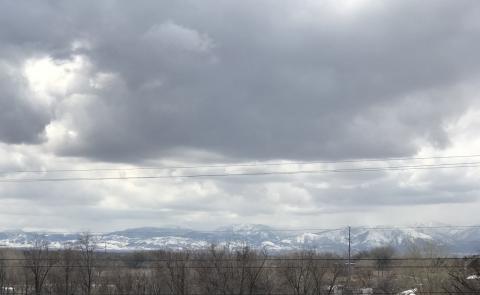 On editing your own writing

When I edit my own text, I make comments like those shown in the images. A few of my own:

When I write books I try to complete a chapter, then get away from it for at least a month, then come back and edit it like this.

The images here are from the excellent movie, Finding Forrester.

The Scala 2.13 collections updates introduced two new “chaining operations” named pipe and tap. Here’s a quick look at how they work, plus a little extra fun at the end.

pipe works like a Unix pipe, passing values to functions. For example, given this setup:

As a brief note today, for the last year or so I’ve been experiencing various “visions” when I wake up at night. I mentioned them to a doctor recently, and he said, “No, you’re not crazy, they’re referred to as hypnagogic hallucinations.” I found out that more accurately, the ones I’m experiencing are known as hypnopompic hallucinations.

If you’re interested in what these look like, here are three that I experienced recently. I regularly see images of “splatter” on the ceiling, and they can be all sorts of color. Last night they were mostly black, but the night before that they were red and pink:

Some time ago I was at a party, and there was a woman there that I didn’t know, but I felt like I knew her. It was a strange feeling, kind of like deja vu, but it had nothing to do with this party, just the feeling that I knew this woman. Maybe I had seen somewhere before, but I couldn’t place it.

When that thought first came to me I was talking to some other people, so I shrugged it off for the time being. It was relatively early and I figured we’d meet soon enough. A little while later a trash can became full, so I took the bag out of the can and walked it to a garbage can outside by the detached garage. After I put the bag in the can outside I turned around, only to be startled to see the woman standing there.