Some career advice from Elon Musk’s wife. I think it’s important to note that Mr. Musk made his first millions on one company named Zip2, that was bought by Compaq, and then a second company that turned into PayPal. What I’m thinking is that he couldn’t have started SpaceX, Tesla, and Solar City without first making those earlier millions. 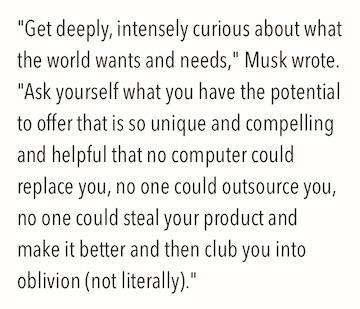