These quotes are from a good article on Chicago Now about Mike Olt. After a fast start he struggled a lot in 2014, so he’ll be attempting to make a comeback in 2015. (Personally, I thought his pitch selection was not very good. From what I saw, he took a lot of fastballs, and would swing at a lot of breaking balls. Maybe that’s part of the head movement he refers to.) 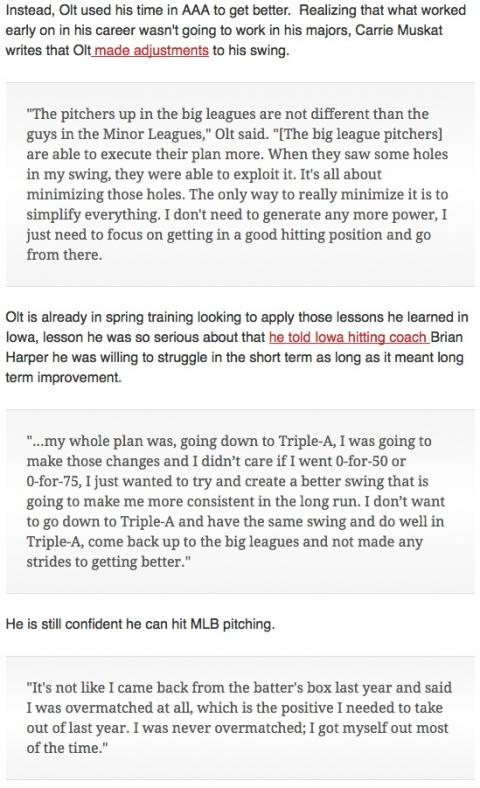