Writing as someone who likely has Mast Cell Activation Syndrome (MCAS) and who has also looked into histamine intolerance, it was surprising to see the headlines in this image being “news” in 2016. MCAS was officially designated as a disease in 2007, and for anyone who knows about it, there’s nothing new about this. Cured foods are well known to be a trigger for people with mast cell issues, meaning that eating cured foods is known to trigger mast cells to release histamine (i.e., to degranulate). 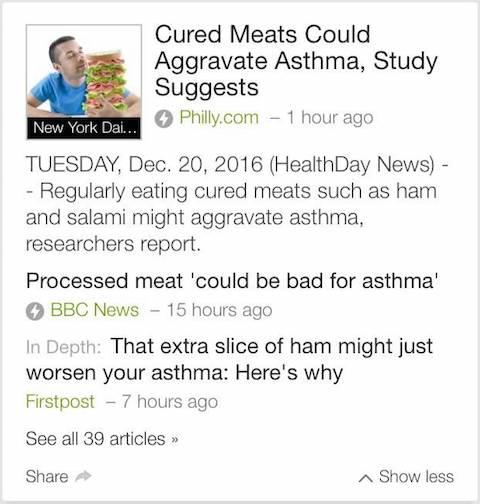