As I’ve come to learn over the last ten days, the hard part about diverticulitis isn’t necessarily the first “attack” (for lack of a better term), but trying to figure out what you can and can’t eat after this happens. This image from the Mayo Clinic website shows what you should eat initially. In theory you’re supposed to transition back to a high-fiber diet after a few days, and that’s the part I’m struggling with as I write this on April 16, 2015. 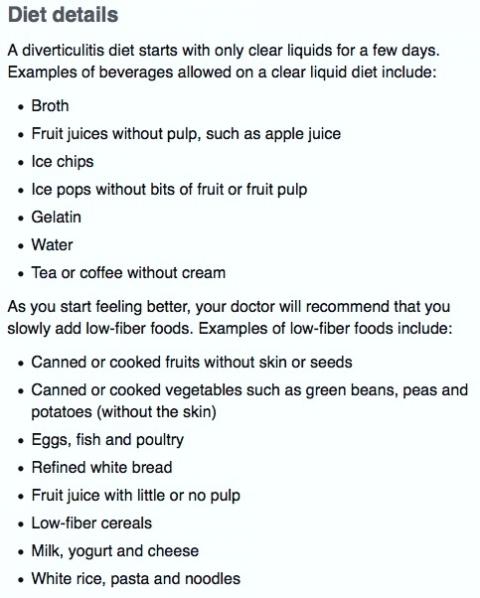