Five days after a bee sting

Apparently my lasting memory of moving out of my apartment in Broomfield, Colorado in September, 2020, is going to be getting stung by a bee when I walked into the local Walmart for the last time. Both a guy pushing carts and I saw something fly directly into my chest, but neither of us could figure out what it was. About thirty seconds later the bee stung me at this point in my arm.

Getting stung by a bee can be kind of a big deal to someone with mast cell disease (MCAS), so I walked over to the pharmacy and got a bottle of liquid Benadryl and some Zyrtec, and swallowed the pills with the Benadryl. A helpful pharmacist also had an EpiPen on standby for me if I needed it.

I don’t know how “normal” people react to bee stings, but this photo was taken almost five days after the sting. 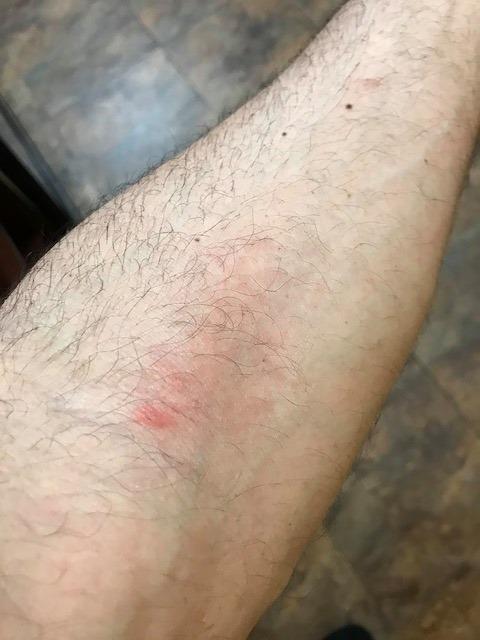