“When you do something, burn yourself up completely, like a good bonfire, leaving no trace of yourself.”

An artist named Kelly Kingman did a wonderful job of capturing the 2013 Buddhist Geeks Conference talks. I’ve never seen anything like that, and they are a wonderful way of visually capturing a talk. (Sadly, my phone camera is messed up, and I don’t have any higher-resolution images than this, so I hope some other geeks will post their photos over time.) 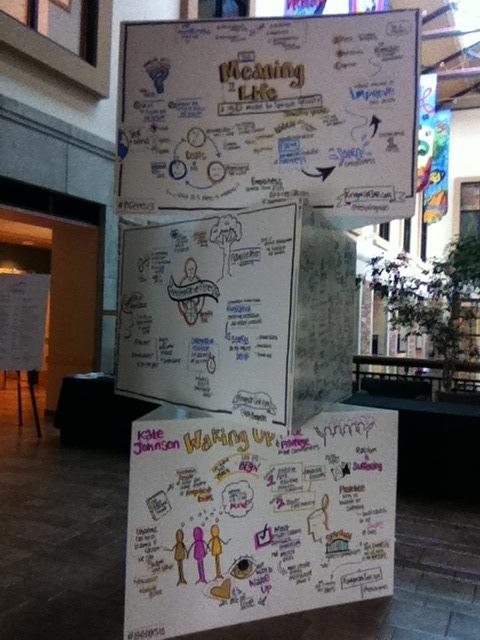