Once upon an Alaskan night

Once upon an Alaskan night I went out looking for the northern lights, which were currently playing in town. I found them in a couple of areas, and almost ended up sleeping the night in my car in Talkeetna, but decided to drive home instead.

Just before coming upon this light — which was either on Highway 1 or Highway 3 — I was in a very dark area, and saw something move a little bit, so I came to a complete stop. A few moments later I realized a moose was standing right next to my car. Then I remembered that you rarely see one moose, there’s often two or more. Not wanting to startle the moose, I waited until it made a move and walked away from my car. 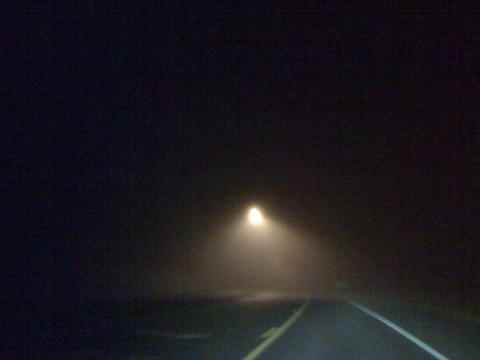