Parentheses in Haskell make it look like Lisp (a little)

As I keep trying to learn more about functional programming (FP), I keep going back to old Haskell books, like Real World Haskell

, where this image comes from. Every time I try to learn more about Haskell my brain gets stuck not on FP, but on a couple of pieces of Haskell’s syntax. For instance, I don’t like the way function parameters are passed to functions, as shown in the top of this image. I much prefer the Java/Scala approach of compare(2, 3).

Last night I saw on the bottom of this image that this situation gets a little better (for me) when you nest several function calls together. The syntax at the bottom of the page looks more like Lisp, which is more readable for my brain. 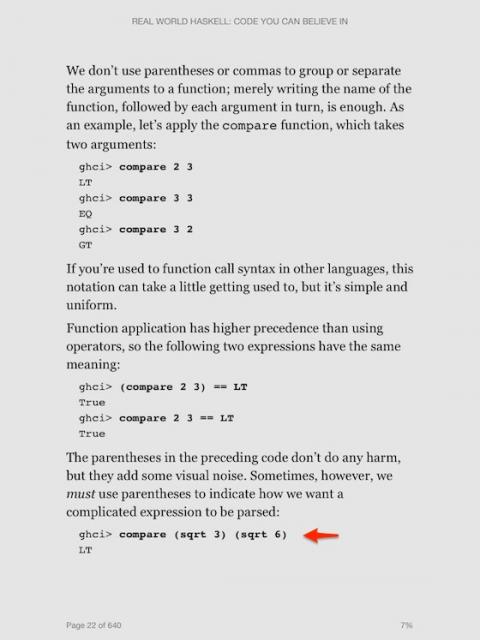