Phil Jackson released this message on Twitter after the release of head coach Derek Fisher.

When he refers to the seven principles of sound offense, you can read about those here and here.

Mr. Jackson also added these comments when speaking to the NY Daily News: “Someone has to match the style about the way we do things,” he said. “And there’s a certain style that I have that I think that works and have found to work before. I don’t know if all those people measure up to that because I don’t know them enough. But that’s an important aspect to it. We’ll find that type of person.”

Charley Rosen, a longtime close friend of Phil Jackson’s, tells what he knows about Derek Fisher’s firing and Kurt Rambis. 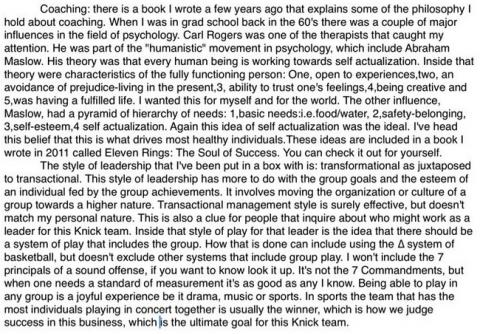