Back on Pi Day in 2011, I was living in Palmer, Alaska, and had no plans on returning to the “Lower 48,” no plans to write the Scala Cookbook, etc. (And then some personal stuff happened in my family, and I thought it would be best to move to Colorado for a while.) I took this photo of a local baseball field and the mountains in Palmer while I was walking around that day.

(If you’re interested in what I was thinking then, this is a photo of the building that I thought would become my office in downtown Palmer.) 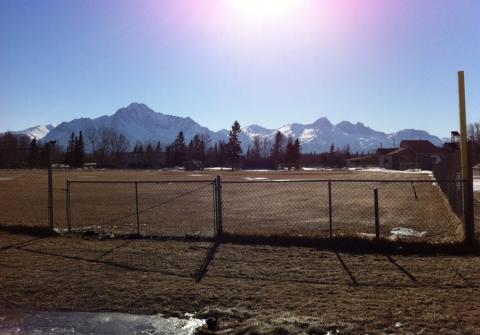