I was surprised when I looked at my bank account yesterday and saw more money than I expected. When I looked into the details I saw that the royalty payments from O’Reilly (for the Scala Cookbook) have been on the upswing for the last five months. I expected sales to be like a bell curve, with the sales slowly, sadly, asymptotically dwingling to zero ... but instead, sales began to increase in April, 2015.

I’ve been in the hospital nine times since March, so I’ve done nothing at all to promote the book, certainly nothing different than the first 15 months. I attribute this rebound solely to the rising popularity of the Scala programming language. There’s an old saying, “A rising tide lifts all ships,” and I think you’ll see that’s true when you look at the next image. 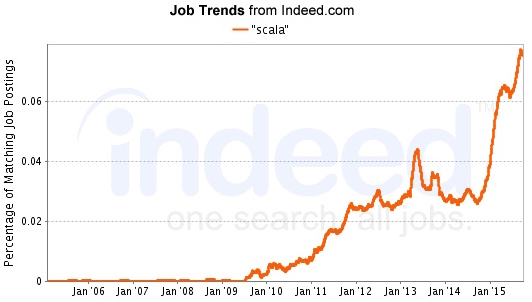 That chart shows a big upswing in Scala job postings starting around January, 2015, and Scala Cookbook sales started increasing 3-4 months after that.

As a final note, O’Reilly makes the royalty payments to me 90 days after the actual sales, so that’s why I show “August” for the last payment instead of November. I also don’t pay a lot of attention to their payment rules, so I could be off by a month or so on the data in my chart. 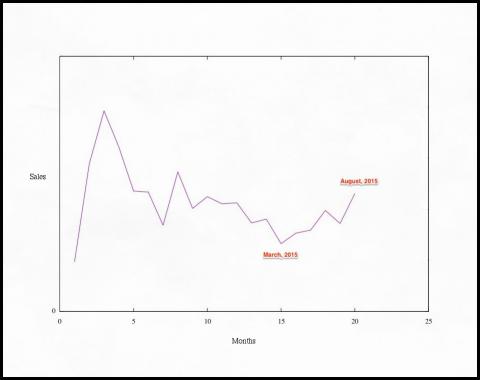