A very nice quiet fan for a small apartment

I currently live in a small apartment (about 700 square feet), and when I work from home I like to run a small fan to keep the temperature consistent throughout the apartment space. My work area is near the windows, so in the summer it’s significantly warmer there than somewhere else, like the kitchen. I’ve gone through several fans trying to keep the temperature consistent, but they were all too noisy, and became a distraction while working, and they were even worse at night when watching television.

So I finally pried open my wallet and spent $99 on this “pureFlow QT7” fan by GreenTech Environmental. On its lowest setting it runs at ~13db, so I don’t hear it at all. During the day I run it on a setting of 3 or 4, and it’s still much quieter than a normal fan, and not distracting at all. At night I run it on a 1 or 2 and don’t hear it at all while watching television.

I’ve only had it for a few days now, but if you want a relatively small, quiet fan for a small apartment, so far I give it a big “thumbs up” rating. $99 is certainly expensive, but the three previous fans I had all drove me crazy, so for me this pureFlow fan is well worth the price. 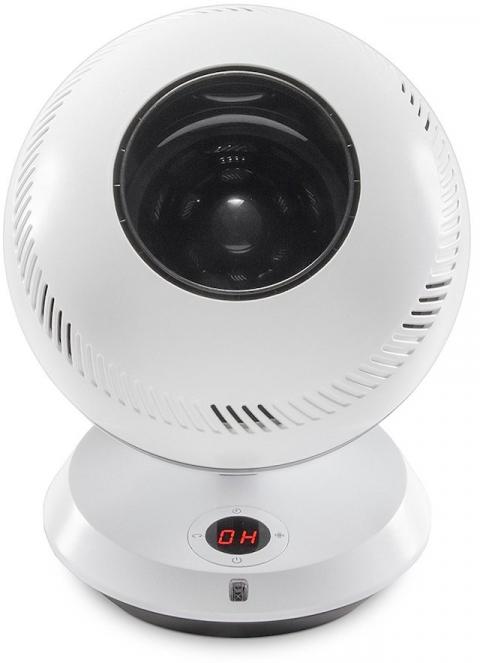