Snow on the Rocky Mountains, southeast of Boulder

I can’t remember the history of this image, but the metadata tells me that I created it on May 13, 2014. It looks like I might have applied some artistic effects to it using Gimp, but I think what I actually did was just take a slightly zoomed-in photo with an iPhone 5s, because that also appears in the metadata. Either way, it was the view I had from my previous residence on the west side of Broomfield, Colorado. 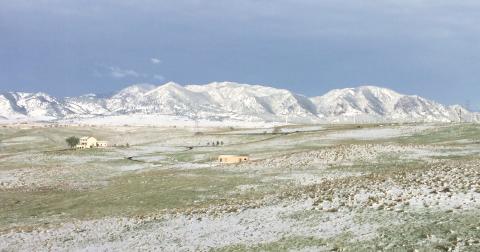