Steve Jobs: Fox News has become an incredibly destructive force in our society

I remember reading this story where Steve Jobs was apparently friends with Rupert Murdoch, and Jobs tried to tell Murdoch that Fox News had become a destructive force in American society, and this might be Murdoch’s legacy.

It reminds me that when I first became a consultant, I was supposed to help sell a product named UnixWare from a company named Novell. Over time I learned that the product was crappy, and I didn’t want to sell it to anyone. So I learned the lesson, “Beware anyone that is trying to sell you something; if their morals are compromised, who knows what they’ll sell you.”

If you’re to believe Steve Jobs, this makes me wonder why Fox News would want to a destructive force in society. And like social networks, Fox News viewers are the product and their advertisers are the customers. (To be continued...) 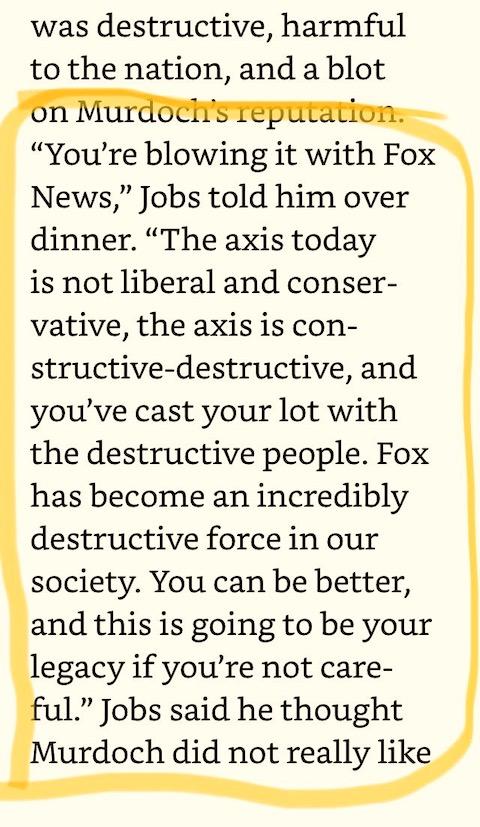