In 2011 Gartner predicted that by 2015, tablet sales would reach 300M annually, with half of those being iPads. IDC says that in 2015, 207M tablets were sold, and 50M of those were iPads. (So Gartner was quite a bit off on those numbers.) This re/code story says that the problem is phones. 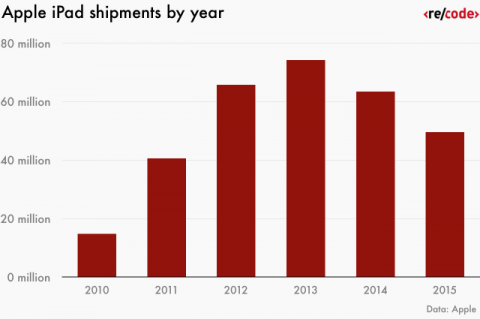 Tags
tablet
ipad
gartner
prediction
< back to my photo gallery