July, 2015: This story on adn.com describes an archaeological dig in my adopted hometown of Talkeetna, Alaska.

A short blurb from the article: “For the past two weeks, a half dozen Talkeetna-area high school students with the Youth Conservation Corps led by archaeologists from the University of Alaska Museum of the North have methodically excavated what’s believed to be part of the old Nagley homestead next to the Walter Harper Ranger Station just off Talkeetna’s main drag. The Nagleys, merchants who owned the local trading post that still bears their name, lived in the area from the 1920s into the 1930s.” 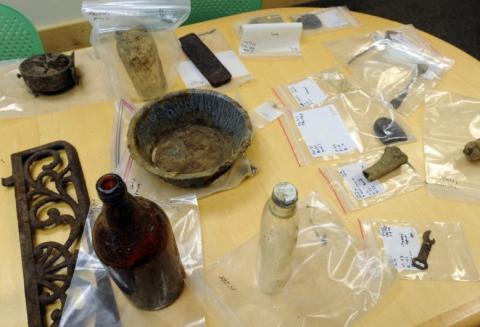