When I saw this quote posted on Twitter by Jonas Bonér (originally from Isaac Asimov), it made me wonder if Meritocracy wouldn’t be a better form of government than Democracy. What I mean is that if you are actively involved in government or your local community you are allowed to vote, but if you aren’t you don’t get to vote. Something like that.

IMHO, what we have in the U.S. right now is a popularity contest. I have no doubt that if Arnold Schwarzenegger could run for President in the U.S., he would have easily beaten Trump or Clinton this year. (I mention him specifically because of his interest in politics.) 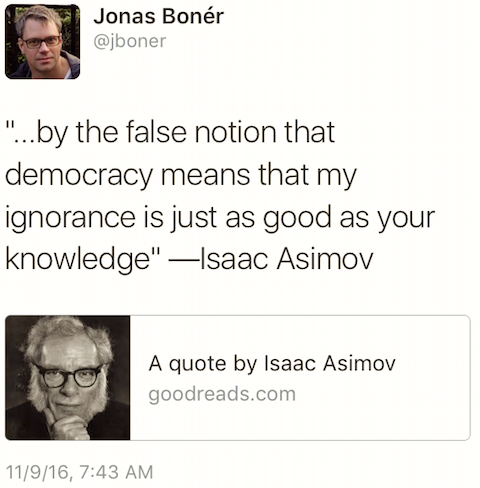