One thing I like about Functional Programming (FP) is that it makes programming much easier. Whenever fear and doubt creep into my mind when I’m writing code I think, “A pure function depends only on its inputs and outputs, and as long as (a) I get the right inputs and (b) I know the equations, then (c) I know I can write one function,” something like that. Put another way, when things get overwhelming, it helps to have a motto of, “One function at a time.” (Image from the book, Haskell: The Craft of Functional Programming 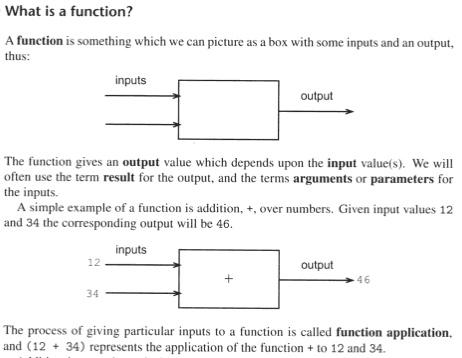