Looking for a camera as a Christmas geek gift idea? If so, here's an updated version of my Pentax K-x camera review from earlier this summer. I've had my Pentax K-x camera for almost six months now, and I have to say, I remain very pleased with it. (I hope to pick up a nice camera lens or two over the holidays.)

Two weeks ago I bought a Pentax K-x camera from Amazon for just a little more than $500, and while I'm not a photography wizard by any stretch of the imagination, I do believe this is an excellent camera. Frankly, the worst thing I can say about it is that it's a little heavy, but even then, it's not any heavier than other cameras in its class.

I have to start by saying that I didn't plan on looking at the Pentax K-x camera. I was initially looking at a Nikon D3000 10.2 Digital SLT or a Canon Rebel 12.2 MP Digital SLR. But when I shared that information with a friend who is an expert photographer (a professional photographer in Shepherdsville, Kentucky), she came back and suggested the Pentax K-x.

Here are some of her notes on the Pentax K-x camera:

You mentioned the lens portability of the Canon - well, Pentax will use any and ALL previous and current Pentax camera lenses (including thread mount with an adapter). You will lose some of the automatic capabilities, but that is something you can work around using the manual settings.

Let me see if I can compare some of what I think are some important parts....

Consumer reports listed the K-x as their recommended and 'best buy' choice for this category of cameras. I could go on, but you might want to check out the links below. I noticed you can get a bundle deal from Walmart online-to-store for under $600 for the camera body, 18-55mm & 50-200mm lenses. 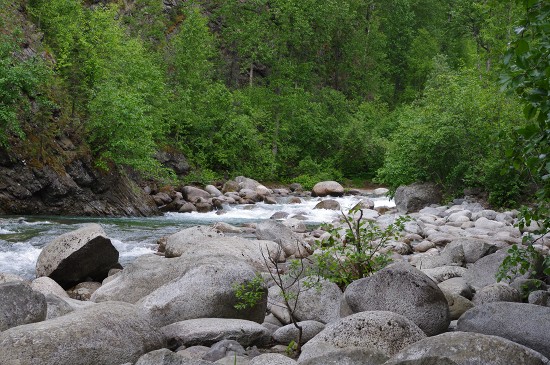 I was lucky to find the Pentax K-x camera bundle she mentioned for just over $500 at Amazon, with free shipping, so I was pretty happy with that.

All of her Pentax K-x camera review advice has been dead-on right. The pictures the Pentax K-x produces are just outstanding, and it's super-fast in a lot of ways, including startup time (time from switching to "On" to being able to take the first picture), and time between shots.

I took the day off yesterday and went up to Talkeetna (Alaska) and took moving photos of birds, airplanes, and fast-moving boats, and the Pentax K-x performance was just outstanding. Although I've had the camera only a few weeks, I've already taken over 500 photos -- one of the benefits of living in Alaska.

First, here's an extreme close-up of a flower bud photo I took with the Pentax K-x, a photo I could never have taken with my old camera: 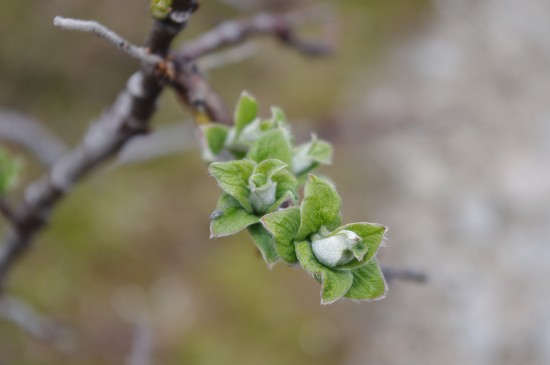 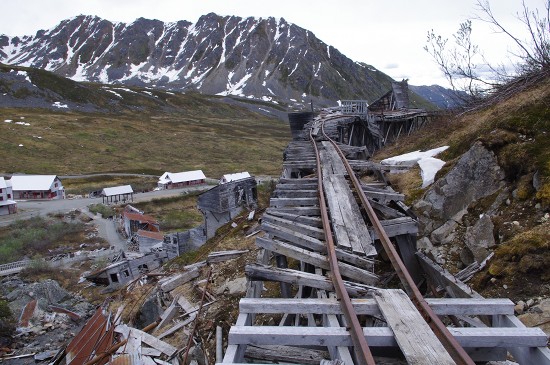 (A Pentax K-x camera photo in Independence Mine, in Hatcher Pass, Alaska.)