From NASA.gov: As if black holes weren't mysterious enough, astronomers using NASA's Hubble Space Telescope have found an unexpected thin disk of material furiously whirling around a supermassive black hole at the heart of the magnificent spiral galaxy NGC 3147, located 130 million light-years away.

The conundrum is that the disk shouldn't be there, based on current astronomical theories. However, the unexpected presence of a disk so close to a black hole offers a unique opportunity to test Albert Einstein's theories of relativity. 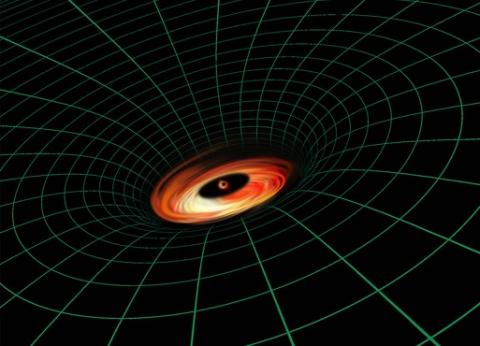