With Twitter being Twitter, I saw this image there, and now I can’t find it again. But it shows that the new iPhone 8 is significantly faster at rendering a cnn.com page.

Actually, since I can’t find the original source, I don’t know if they both rendered mobile web pages, or whether they tried several times to make sure it wasn’t just a hiccup. But seeing that the architecture in a little phone can come anywhere near the performance of a desktop/laptop processor that’s still being sold makes one wonder about the future.

Update: I think this was the original source of the image. 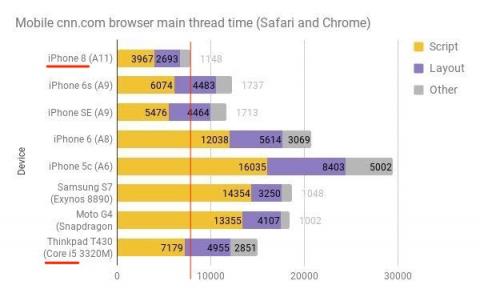