Scala: When the sum of a list is a very large number

As a brief note, I knew that the sum function I wrote in my book on Scala and functional programming would return a wrong value if the sum of the integers in a list was greater than Int.MaxValue, and I was curious how the built-in sum method on lists handled the same problem. It turns out that it works in the same way.

So, if you need to sum a list of integers that may exceed Int.MaxValue, you might need to write a sum function that calculates and returns the sum as a Long. (The same is true for Float and Double.) 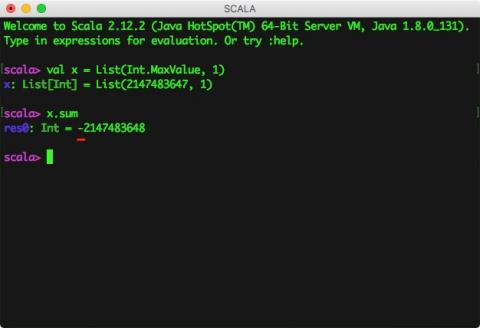