As I walked into the Starbucks today here in Virginia Beach, an alarm went off on my phone saying there was a tornado warning. So I asked the three people working there, “Which is worse, a tornado warning or a watch? I can never remember which is which.”

So rather than google it, we talked about whether “watch” or “warning” implied more danger, then we talked about some other things while we watched stuff go flying down the street. Never did figure out which is worse, but eventually I got a coffee.

Later in the day as I was walking down a street I came across a gift shop that had been blown all over the place by the winds, and found this t-shirt amongst the ruins. 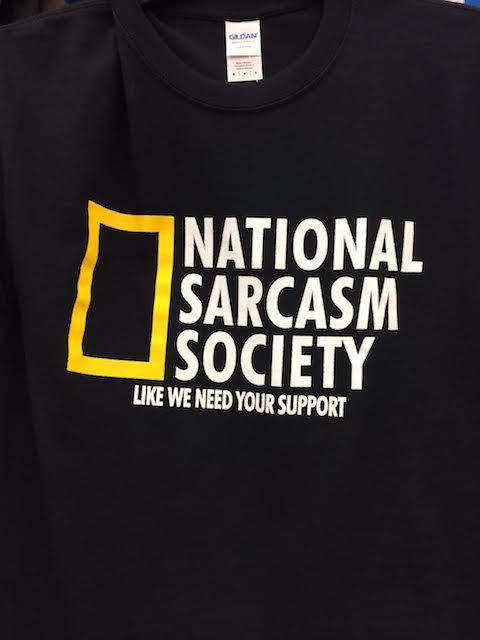